Whenever you see a good business, someone once made a courageous decision.

Like everyone, I’ve watched a lot more tv since March. I’ve watched tv shows about yachts, about bad divorces, war movies, food, and I thought I’d fully drained the well of tv content when I stumbled across the very good Tom Hanks movie “Sully”. Sully is amazing tale of a plane that is hit by a bird strike shortly after taking off and the pilot, Chesley Sullenberger, takes the decision in less than a minute not to try to land at two nearby airports, but to land the plane…..in the Hudson river! It was January, very cold, and I’m sure his plan to those at Ground Control sounded more than hopeful. Thankfully, all 155 passengers were saved and this amazing man was proved to have taken the right decision, and as subsequent investigations found out it would have been impossible to land at either airport. Incidentally you can listen to the cockpit recording here. Sully was later to have said he didn’t pray, as he was too focused on trying to land the plane.

Now clearly, this is an extreme example of exceptional decision making under pressure, and hence why it became a movie. However, since March, business leaders have had to make more decisions under pressure than they ever thought they’d have to make. Firms have had to consider a public health crisis, political responses, lockdowns, a rapid shift to remote working (for those businesses that can work from home), a possible change to their business model, and the world they will exit into is likely to be more complex.

I’ve always felt that if you give enough clever people more thinking time, though, they will re-emerge with new ideas and will implement them at pace once we see the political narrative change over the autumn (Switzerland are already on record as saying they will focus more on the economy). The initial danger of March has now receded, but watching Sully made me think about the whole process of decision making.

Understanding our emotions and how our brains work

Speaking to the BBC, Laurence Alison, Professor of Forensic Psychology at the University of Liverpool, said the first thing he’d tell leaders is “that they’re likely to experience a feeling of hopelessness – of being a bit lost and not knowing where to start”. He also pointed out that decision makers can become irritated and angry and that this is normal. So recognising that you are under stress and that it’s normal is important.

From my research for this article, it’s well documented that our brains react more under stress and our decisions can be faster, more decisive, but often not better. We are more attuned to what can go wrong, as opposed to what it is likely to happen when stressed. Therefore, it’s important that, where possible, we take a step back to process information and to understand if a risk is likely rather than possible. Take a deep breath, if it can wait until tomorrow to sleep on it.

Categorising what decisions need to made now vs. what can be made in the future 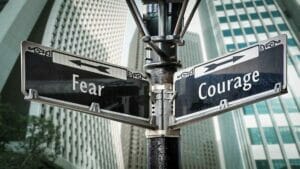 I’m a massive fan of flexible working, and our aim will be to give colleagues more control going forwards at Fram. However, I must admit I’m very surprised when I hear a firm say they will work from home for the remainder of the year, or indeed forever. Corona-virus is a constantly evolving situation, it’s putting us under immense stress, and for me this is something that needs to be reviewed regularly, but a final decision doesn’t need to be made now. We need to understand the decisions that need to be taken now, i.e. where to land a damaged plane, vs. what can wait until later, i.e. when do we return to offices.

Working with others, but not stressing others

A problem shared is a problem halved, but nervous irritated leaders can sometimes project their fear onto those around them, and I suspect inhibit the decision making capability of those they are asking for counsel. Whilst important to have an outlet, it’s also important to approach colleagues when you’ve had time to rationalise the problem yourself. Allow yourself to see all sides and to play devil’s advocate on occasion to collective thinking to ensure the right outcome is achieved.

We’ve all made plenty of wrong decisions. JP Morgan was quoted as saying he “made a fortune because he got out too soon”, but it’s a great quote because nobody can time things correctly every time and sometimes what looks like a good decision can be a bad decision – and vice versa.

In an article in the New Scientist, they discussed “loss aversion” – the belief that a loss will hurt more than the corresponding gain will please. They cited Psychologist Daniel Kahneman from Princeton University, who found that most people are unwilling to accept a 50:50 bet unless the amount they could win is roughly twice the amount they may lose. However, he also found that when they did lose it wasn’t as painful as they anticipated. We are wired to reframe and to be resilient.

As mentioned, Sully didn’t have time to consider praying, he channelled his energy into going through the correct processes. Don’t be distracted by people, information, or events that aren’t relevant to the situation. Focus on what you can control.

Perhaps it’s best to look to the military for some analogies once you’ve come to what you feel is the right decision. The SAS talk about “speed, aggression, and surprise” when carrying out an operation. In 334 BC, Alexander the Great led a fleet of ships across the Dardanelle Straits into Asia Minor, and upon reaching his destination he ordered his men to burn the ships! Why? It gave them no option but to fight.

Both may seem quite extreme examples when we’re talking about corporate decision making, but in reality what we’re talking about is the implementation of decisions and not constantly changing strategies. If you have an easy way out, quite often you’ll take it. As Theodore Roosevelt once said: 'In any moment of decision, the best thing you can do is the right thing, the next best thing is the wrong thing, and the worst thing you can do is nothing'.

Across the world business leaders are having to balance multiple needs and many are struggling. Society will come through this, the clouds will lift, the sun will shine again and therefore let’s not ever forget this.